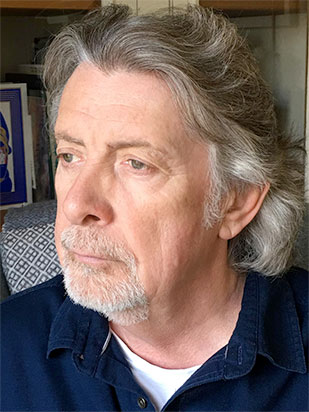 Peter Broughan is one of the most knowledgeable practitioners of the business of film in Scotland, having a vast experience of the whole spectrum of international film development, production, co-production, sales, distribution and marketing.

Since setting up as an independent producer he has concentrated on developing Scottish theatrical projects designed for the international market, and on high-quality network TV drama.

Peter began his production career as a researcher at Granada Television with Camera – Moving Pictures, a groundbreaking series on the invention and early years of cinema, and he later became a documentary producer.

As a Staff Producer at the British Film Institute he supervised Peter Greenaway’s legendary The Draughtsman’s Contract, and Rough Cut and Ready Dubbed, which won the 1982 Grierson Award for Best UK Documentary.

He joined the BBC, where he was Script Editor on John Byrne’s acclaimed and multi award-winning Tutti Frutti.

His first project as a BBC Drama Producer was the thriller serial The Justice Game, (which he also originated) starring Denis Lawson as stylish Glasgow lawyer, Dominic Rossi.

While at the BBC he also originated the groundbreaking social history series on Scottish Football, Only A Game.

As an independent he originated and developed  The Young Person’s Guide To Becoming A Rock Star, Channel 4’s flagship drama serial of 1998. The format was bought by Warner Brothers and the studio subsequently produced it as a US network series.

In 1999 Peter was executive producer of Mistgate, which was the first large-format drama film to be produced in Scotland.

Peter founded The Scottish Cultural Memory Project in 2012, in association with the University of Stirling. He was a founder board member of both Scottish Screen and BAFTA Scotland.